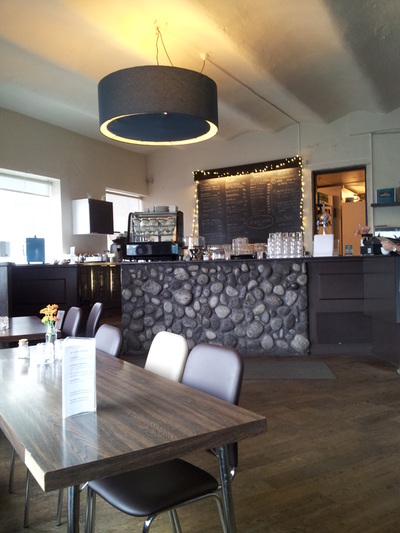 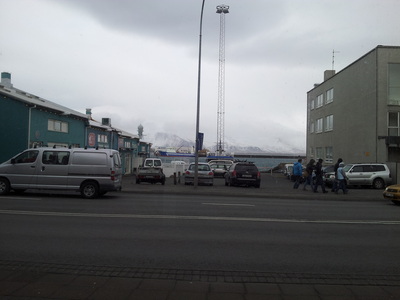 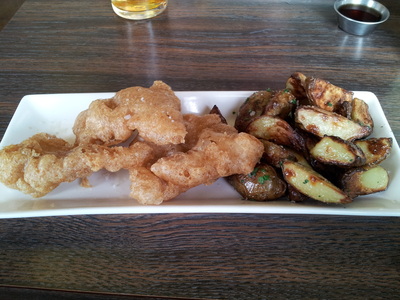 I have to preface this review with a small warning. Icelandic Fish and Chips states that they are gluten free however I feel they are more wheat free. The restaurant uses Spelt Flour for their fish batter and sadly Spelt does contain gluten.

The staff seated us at a table with a window and gave us our menus. After you decide what you would like you go up to the counter and place your order. We chose a beer, Fried Plaice with garlic potatoes for Greg and a ginger "soda" Fried cod with crispy potatoes for myself. The fish were tender with a crispy coating the potatoes were roasted to perfection and seasoned simply. We chose malt vinegar and ginger wasabi for dipping sauces. The ginger wasabi sauce was amazing!!

I highly recommend a visit here! 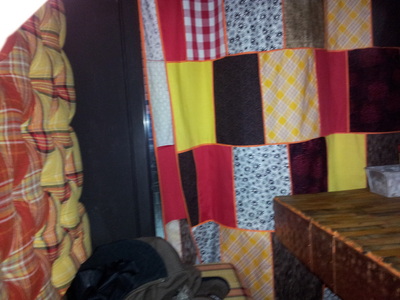 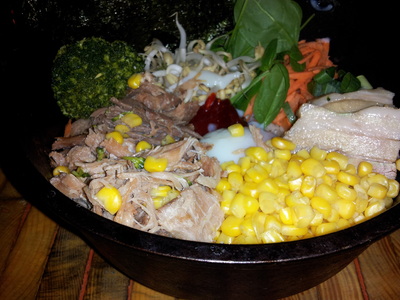 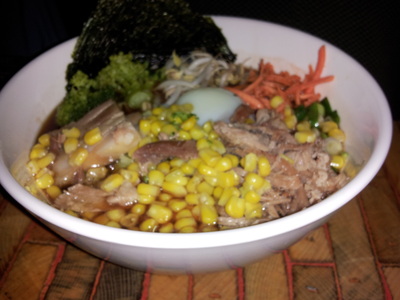 Earlier in the day I called and made reservations for 2. When we checked in we were given a small table tucked in a corner next to the door. We weren't given menus and in fact it took 15 minutes for a waitress to come over and give us them. Finally we placed our full order (drinks to entrees). We ordered drinks and my Honey and Sage Whiskey (delicious) came but not Greg's beer. It was another 15 minutes before we were able to inquire about Greg's beer at this time we also asked about our appetizer. 45 minutes from the we sat down till our appetizer came out. No apologies! The crazy part is that our waitress then had the nerve to ask "Did you have everything you ordered now?" Ha! No we haven't had our entrees yet!!!

My entree was Pork Bi Bim Bap. This dish was mildly flavored and overly complicated with toppings. Greg ordered the Ramen and again it was very bland.

When it came time to pay the bill Greg went up to the counter. He told the staff member how much to charge. You have to tell them a price including tip before they enter into the machine. Once a price is entered you can't add a tip to it. However the bill was screwed up and somehow Greg got charged for two beers instead of just one. Apparently the waitress who took our drink order put my drink and Greg's beer in (however the beer was never brought) then when the waitress who finally brought Greg is beer must have also put it into the system. Greg tried to explain this but it wasn't working out. At this point we were both frustrated with the whole dinner and gave up. In the end we're not sure if the waitress got the tip we intended for her or not (yes we still do tip a small amount even if the experience is horrible).

I wish I could but I just can't recommend this restaurant. 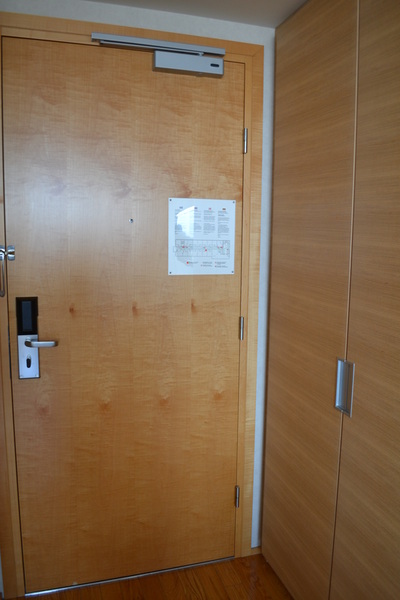 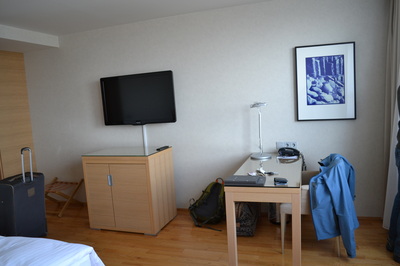 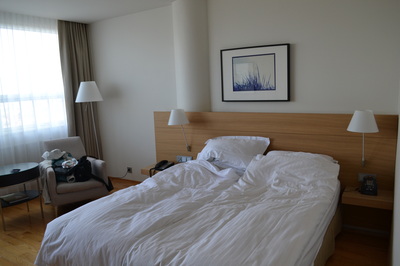 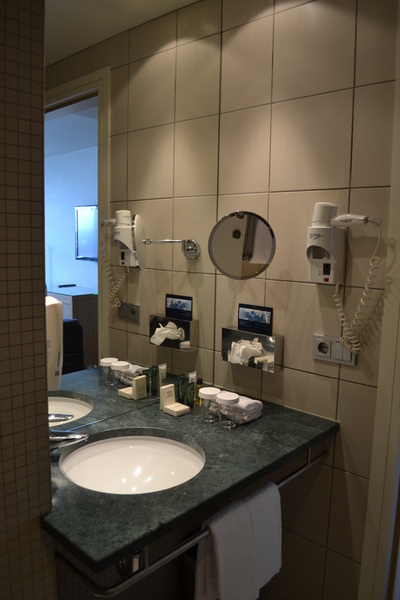 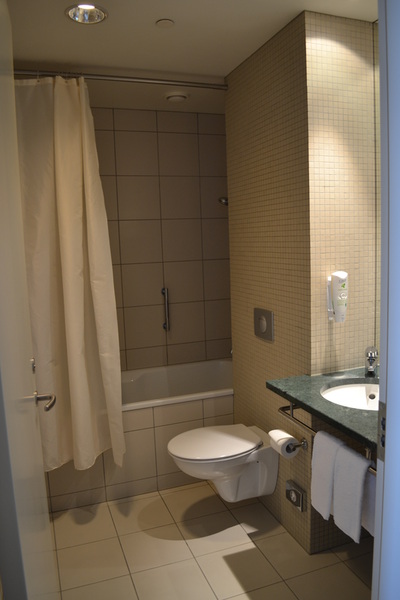 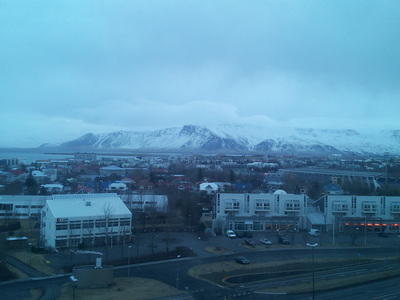 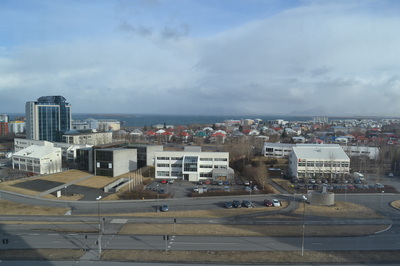 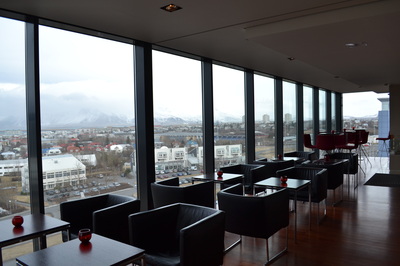 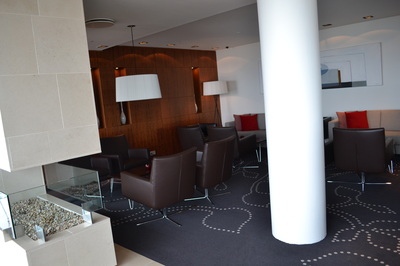 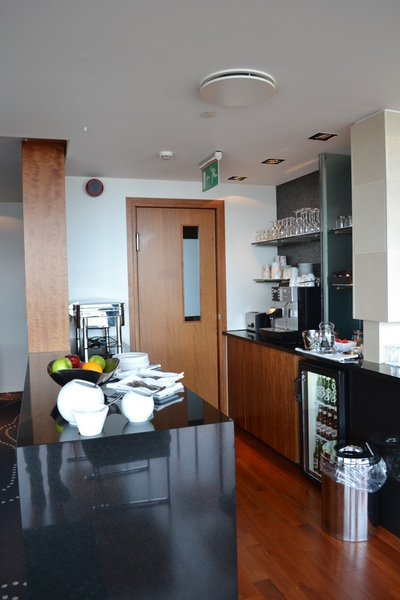 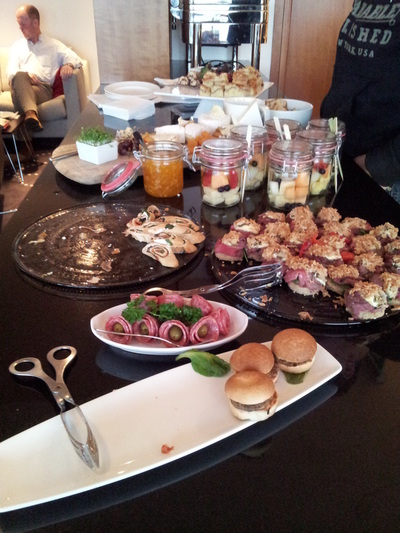 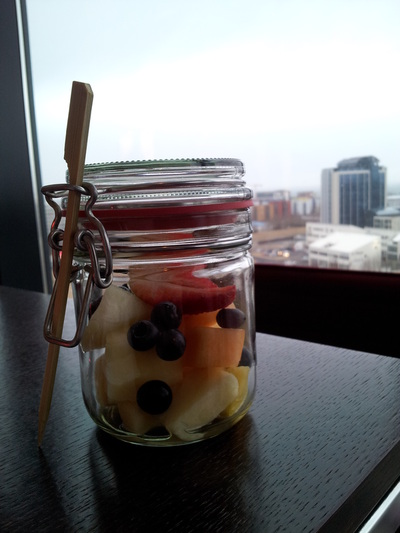 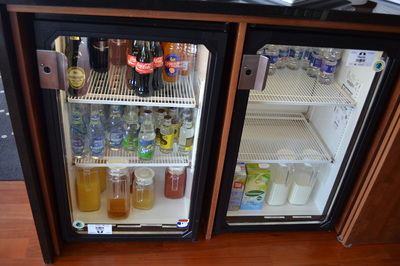 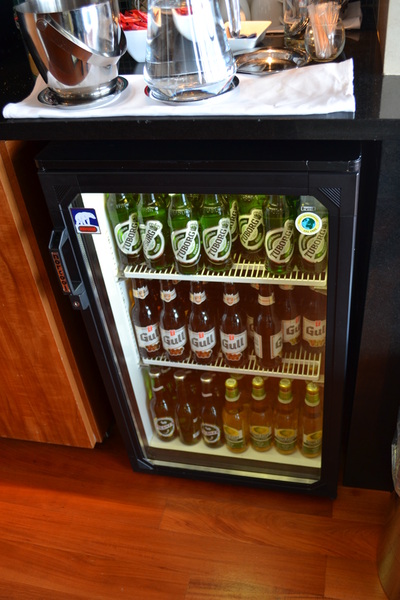 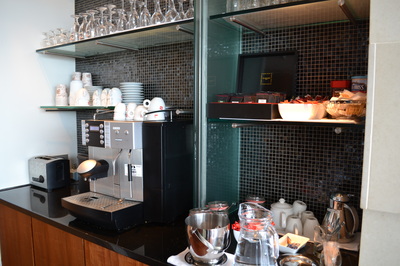 We went to the check in desk and (I'm pretty sure we were speaking to one of the managers) we were told that our room wasn't ready yet. We were fine with this considering it was so early in the morning. We asked about our Hilton Gold upgrade and there wasn't any available but he did assure us access to the Executive Lounge.

Around 10 am our room was ready. After recently staying at the Hilton Frankfurt we noticed some differences in service. The first being Hilton Reykjavik Nordica has no knowledge about Hilton's rewards program. We had to ask about the upgrades, we had to ask about breakfast being included, we had to ask about points, etc. Each time we asked we were told no until I stated that this is part of the program then the staff would talk to their manager and suddenly the no became a yes. The other difference was in explaining about the hotel. The staff in Frankfurt told us about our room, about the facilities, about the benefits. In Reykjavik you are handed your room key and that's all.

We headed up to room 832. The room is of medium size with lovely wood floors. We had a beautiful room of the city, sea, and mountains. In the room you have a King size bed, table and chair, sitting chair, nightstands, tea kettle, mini fridge, safe, closet, and a bathroom. The strangest thing about the room was that there were two twin size duvet covers instead of one King size duvet. This was extremely awkward. It felt as though we were sleeping in separate sleeping bags.

We enjoyed drinks in the Lobby Bar but again not the best service. Apparently the waiters will only take care of certain areas in the bar. After waiting for a while Greg went up to the bar and ordered our drinks. The bartenders do make a lovely Vodka Martini (naturally with Icelandic Vodka).

The Executive Lounge is pretty nice and definitely comparable with the one in Frankfurt. During our stay we enjoyed a nice breakfast spread (including dairy free options), 3-5 different appetizers at night, water, wine, beer, cider, and spirits. The staff were friendly and even would go around to ask if anyone wanted another drink before they locked up for the night.

The highlight of this hotel is Vox Restaurant. We made early reservations since we had a tour booked one evening. We were seated right away and our waiter came to take our drink order. I also explained about my dairy allergy and I was assured that it wouldn't be a problem. I started with the duck egg. This dish reminded me of spring in look and taste. Greg's entree was an open faced braised pork sandwich. My entree was pan seared Plaice. The presentation, food, and service were all superb. 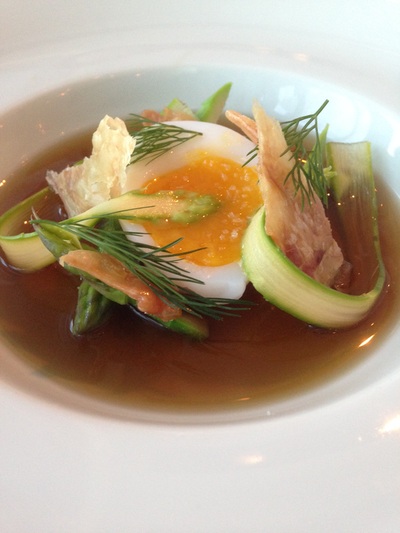 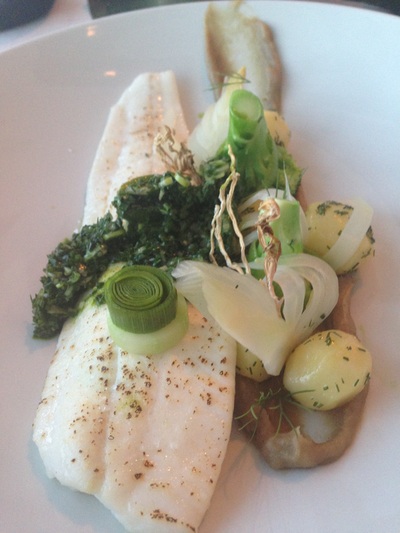 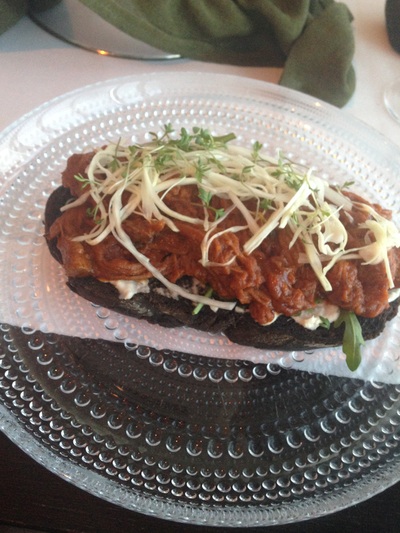